IPL 2019 Match KXIP vs RR: All Eyes on Smith, Buttler and Rahul Gayle

Everyone in this match will be looking at Australian batsman Steve Smith. Smith is expected to have a fantastic return to cricket. Smith and David Warner had a one-year ban before a year after the ball tampering in South Africa.

The IPL will be a real start for the return and Smith will try to take advantage of it before the World Cup from England in May 30. Although Smith is yet to recover from Kohli's injury, he will take a little more time to achieve fitness. On the other hand, everyone will also be seen on spinner Varun Chakraborty who has been bought by Punjab for Rs 8.4 crore this time.


Know Where How to Watch Rajasthan Royals and Kings XI Punjab IPL Match: 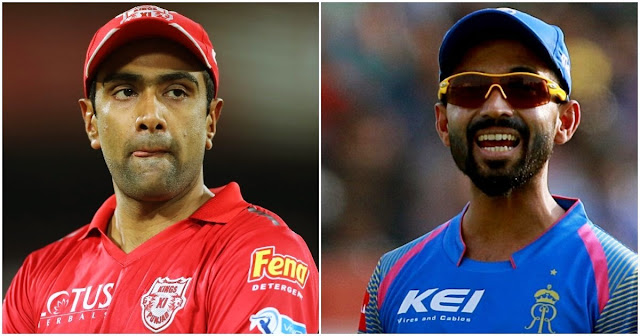 - The Rajasthan Royals vs Kings XI Punjab will be played on March 25 (Monday).

- The Rajasthan Royals vs Kings XI Punjab will be played at Sawai Man Singh Stadium in Jaipur.

- Rajasthan Royals vs Kings XI Punjab will be the first match of the IPL starting at 8.00 pm.

- Rajasthan Royals vs Kings XI Punjab's first match can be seen on the channels of the Star Sports Network.

- Match for Hindi commentary of IPL matches can be seen on Star Sports Hindi.

- Between Rajasthan Royals vs Kings XI Punjab, you can watch online live streaming of IPL's first match on Hotstar.

There is not a lot of bounce on the pitch of Sawami Man Singh Stadium, which can prove to be helpful for the spinners of Punjab. However, Rajasthan has an understanding of domestic conditions and domestic support will be beneficial.

- Rajasthan have never lost a match to the Punjab on this ground in Jaipur. Rajasthan has a record of 10-6 against Punjab.

- 17 matches have been played between the two teams. Of these, 10 of Rajasthan Royals have won, while Kings XI Punjab have won in 6 matches. There was no result of a match.

- In Jaipur, 5 matches have been played between the two teams so far. Rajasthan Royals have won in five matches. Punjab has not won a single match.

- The Man of the Match was Jos Buttler of this match. He scored 82 runs in 58 balls.

Rajasthan to launch campaign against Punjab

The Rajasthan Royals, led by Ajinkya Rahane, is one of the best teams of this season and they are desperate to take advantage of the domestic conditions. England all-rounder Ben Stokes and Jos Buttler are also part of the team, but they will not be available after April 25 because the England and Wales Cricket Board (ECB) has issued a decree for the World Cup. Therefore, Rajasthan's team would like to win as many matches as possible.

Ben Stokes will be the key player in batting and bowling, while the Kings XI Punjab team will also like to see his all-rounder Sam Quiren perform well. There is a lot of depth in the bowling of Rajasthan, in which the fast bowler Jaidev Unadkat will have to look for the place in the Indian team for the World Cup.

Varun Aaron, Dhawal Kulkarni, Joefra Archer, Ish Sodhi and some other options will be available to try Rajasthan in different situations.

Punjab's eyes on Gayle and Rahul 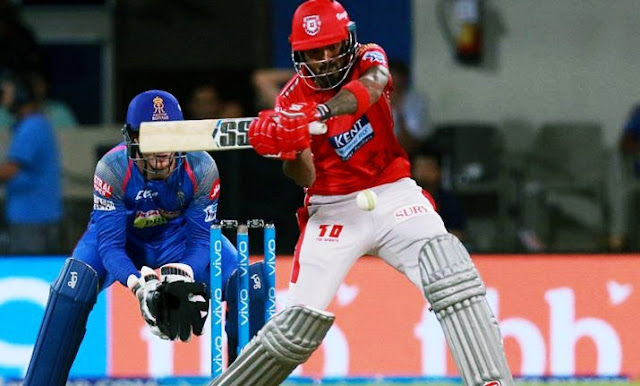 The team led by Ravichandran Ashwin will depend on his opener Chris Gayle and Lokesh Rahul to give them an aggressive start. The team also has experienced Indian players like Mayank Agarwal and Karun Nayar in the batters.

At the same time, Punjab's team will soon try to wreck the West Indies's explosive opener's wicket. Captain Ashwin will be desperate to prove that he can also create a difference in this format. Punjab's bowling looks strong with the presence of Mohammed Shami, Andrew Tie and Mujibur Rahman.

So, That is a sports article which tell us about the Match between Punjab and Rajasthan So who is your favourite let us know in the comment section. Thanks!